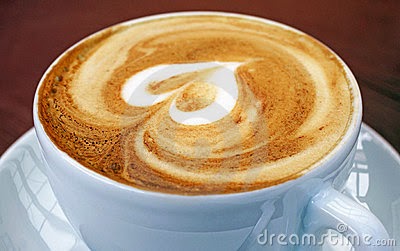 This week I am sharing with you a post from one of our Pastor's Blog. He is battling leukemia and is six months post bone marrow transplant. He shares with us daily about his status which allows us all to pray for him specifically.  Pastor Mike has been the biggest inspiration to many, proof positive great things can come out of the bad. As he has shared his victories and his struggles I am amazed by his great faith in God. I'm thankful for each post I read of his, he is a blessing to many.  He is currently still having to take anti rejection meds which isn't always the case 6 months into his treatment. As you can imagine how hard it might sometimes be to remain positive and encouraged, it is then he encourages us the most!

I am thrilled he has allowed me to share his most recent post, I know you will be blessed by it.

Today I came across a reference to the “Hound of Heaven”. I’m sure that it is a familiar phrase to some of you as it was to me, but I never knew where it came from. It turns out that it is a poem written by English poet Francis Thompson (1859–1907). The poem became famous, and was the source of much of Thompson’s posthumous reputation. It was initially published in Thompson’s  first volume of poems in 1893. In 1971 it was included in the Oxford Book of English Mystical Verse. It was also an influence on J. R. R. Tolkien, who read it a few years before it was published.
The name is strange and it startles one at first. It is so bold that it does not attract, rather the reverse. But, when one reads the poem, this strangeness disappears. As stated in The Neumann Press Book of Verse, 1988; “The meaning is understood. As the hound follows the hare, never ceasing in its running, ever drawing nearer in the chase, with unhurrying and imperturbed pace, so does God follow the fleeing soul by His Divine grace.  And though in sin or in human love, away from God it seeks to hide itself, Divine grace follows after, unwearyingly follows ever after, till the soul feels its pressure forcing it to turn to Him alone in that never ending pursuit.”
The truth of this poem can clearly be seen in the life of Jonah. Jonah didn’t start rebounding until he got swallowed. Some of us are not going to get right with God until we are swallowed either—until God sends us circumstances so adverse, so cataclysmic that running to God is the only thing left. Remember, Jonah could have repented anywhere along the line, but it took this incredible circumstance to get his attention. He prayed from the stomach of the fish.  Chapter 2 is the beginning of Jonah’s rebound,  the start of his turnaround where he realizes that he has missed the boat.
Jonah prays a wonderful prayer: “Lord, I’m in this fish, but You threw me overboard. Those sailors were doing what You wanted done. You are absolutely sovereign. Everything is under Your control, so I know this is You. I didn’t think of it then, but I know it now.”
Ever been in the pit? The pit can be instrumental to get us back in the will of God. It’s a bad place to be, but if it took our going to the pit to get us back on the mountaintop, thank God for the pit.
God didn’t move until Jonah remembered. God didn’t move until Jonah confessed. God didn’t move until Jonah got right. Many of us want God to move before we’ve moved. We want God to act before we act. Jonah acted, and God responded. He commanded the fish, and it vomited Jonah onto dry land, whereupon he asked the way to Nineveh.
Sometimes, because of our rebellion, we don’t get it right until the third or fourth attempt. Sometimes in our rebellion we don’t get it right until we’re been at it for years and years. Sometimes we don’t overcome that sin which so easily besets us until later (Heb 12:1), although it could have been overcome sooner. Sometimes we have to hit rock bottom. But whatever it takes to bring us back, God will do it. He’s the “Hound of Heaven” who pursues us until we surrender.

I hope you will chose to encourage someone today, it's what echos from my heart today.