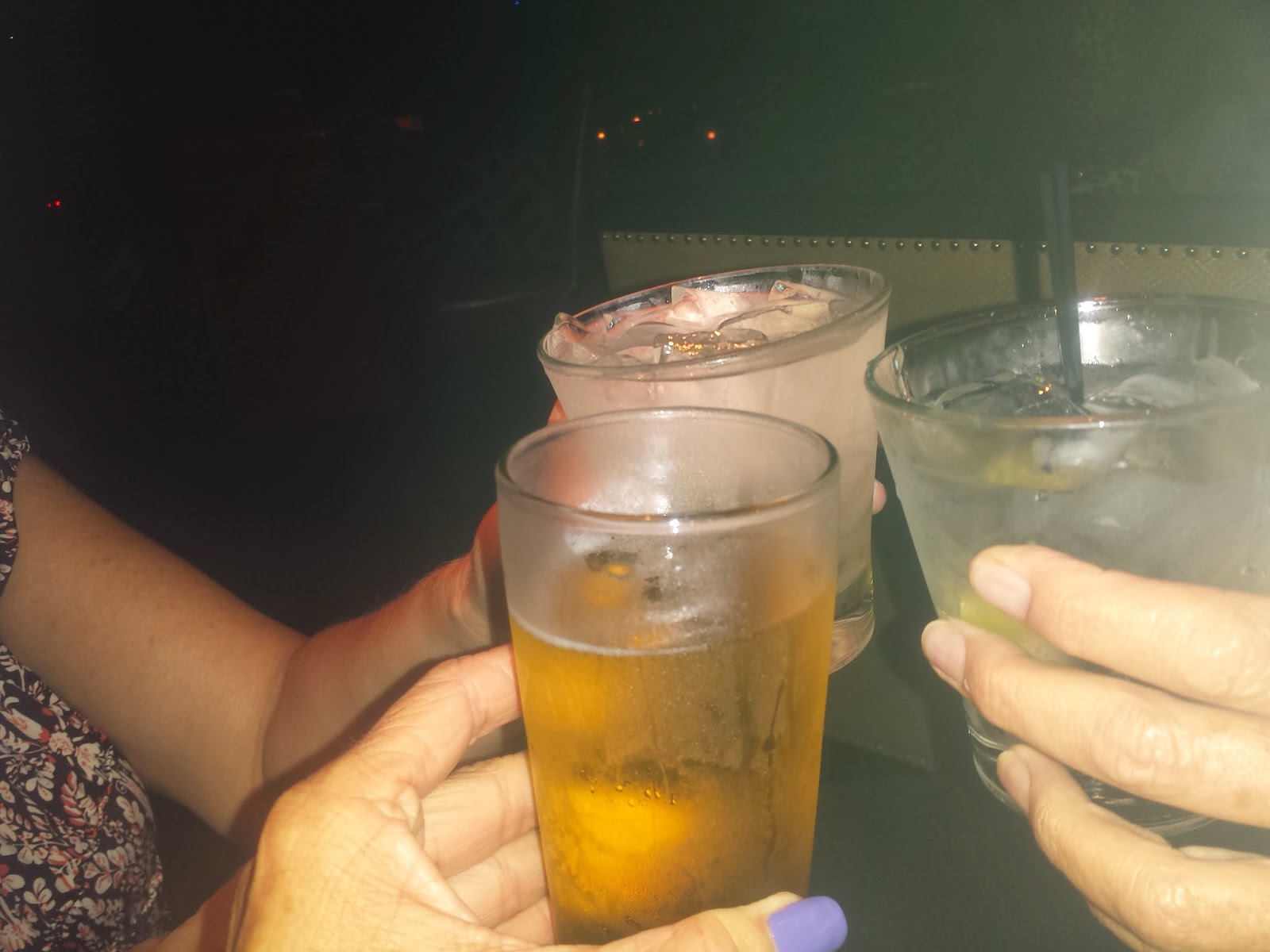 Redondo Beach
How very fortunate that I was actually raised on the Pacific Coast.  I found myself thinking as I took in the view from my hotel balcony, what a gift it was to have been raised here in this beautiful place. 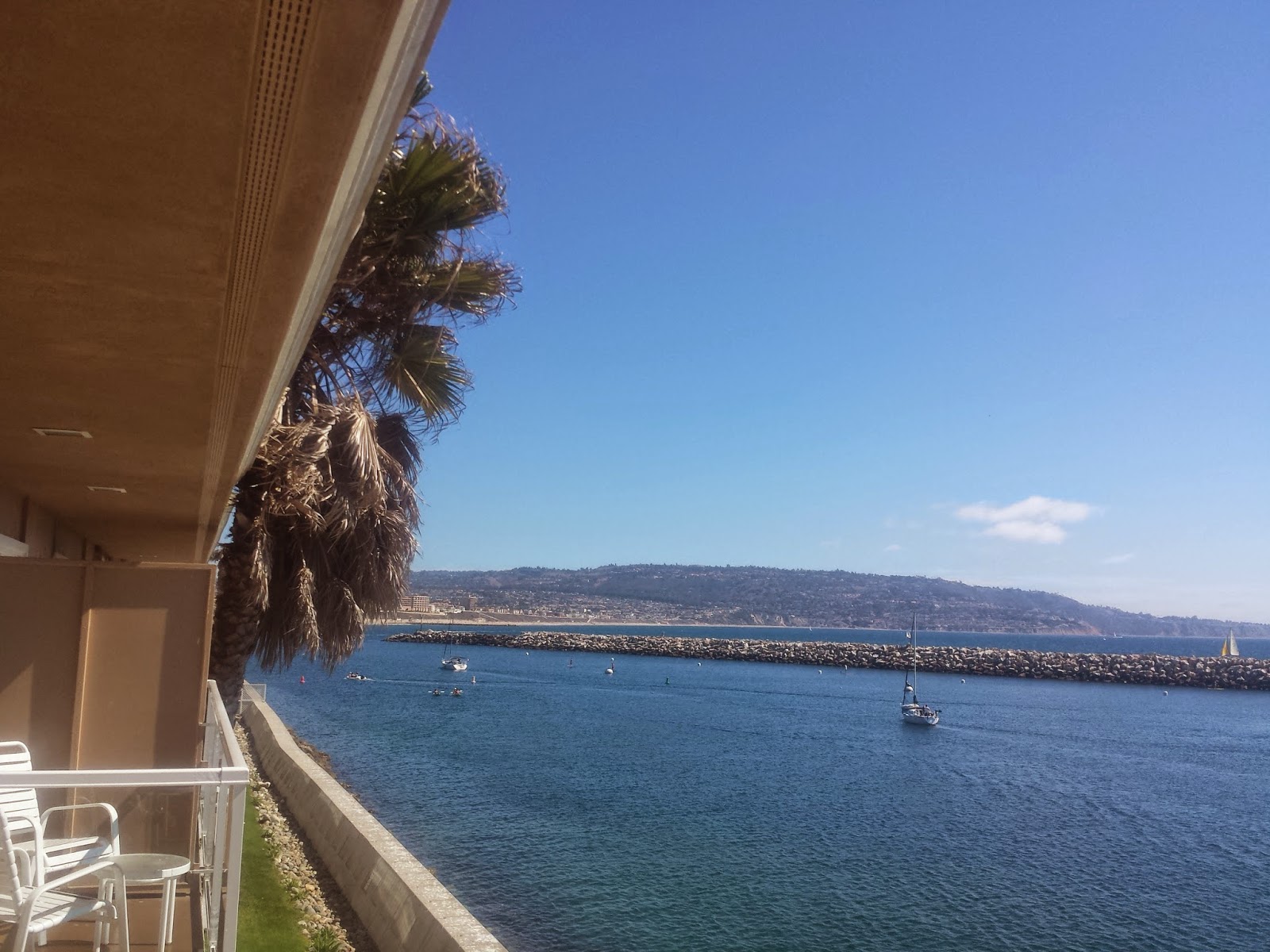 I know I never fully appreciated all that was at my finger tips all those years ago.
Since graduation in 1974 I have attended three reunions this was my fourth.  I was a little apprehensive for this the 40th reunion. It wasn't apprehension due to the fact gravity has full on taken hold of this body, or years of California sun aging my skin.
~
In elementary school I made some life long friends, but it was there I realized and learned what the word click meant. I didn't like the division of my classmates, the chosing of teams, both things that created hurt feelings......things that made some feel less than.
So when I entered my High School Years I made a point to not be a part of any one group. I never wanted anyone to think that I thought myself above them, better than, or off limits.  It was important to me that I approach these relationships as a "unified whole" of students and not one group. Let's be clear, I'm not suggesting that anyone that hung around anyone particular group was in any way wrong in doing so.  It was just the thought in my head of being out there exposed to more friendships.
Ironically this is what had me apprehensive about the reunion. I realized what I had done all those years ago was prevented myself from building any deep friendships.  I think of many as my friends, but none were given that chance to grow very deep.  My attempt to avoid limiting myself by not being a part of any one group kind of kept that from happening.  So where some were entering this event with close friends I found myself nervous in this sea of classmates.
~
I shared a hotel room with my Friend Kathy, we've know each other since our Girl Scout days. Though she has always been a special and long lasting friend, we knew hanging out together this weekend was bound to take us to a deeper level of friendship, and it did!
My weekend began with me realizing upon my exiting the freeway in Redondo Beach that I had left my toiletry bag some ninety odd miles away at home!  Toiletries, make up, flat iron.....my bag of tricks!!!!  I checked in to my hotel, had a quick lunch with my sister Deanna and high tailed it to the mall.  I was pressed for time,  it was 2:30 and the first event started at 4:30 for happy hour.  Of course in my rush I couldn't find most of the products I typically used. They had my make up but not my exact shades, and there were the many moments of realizing one thing was leading to another.  Such as I've settled on what would hopefully be close enough on the make up to....uggh,  I also had to buy makeup brushes to apply it!! This madness went on way too long with an adorable sales girl who ran around the Ulta store at full speed for me.  She hugged me when I thanked her, and told me to track her down if I ever needed a personal assistant !
(Well obviously I needed one)
Yes I photographed my purchases.... 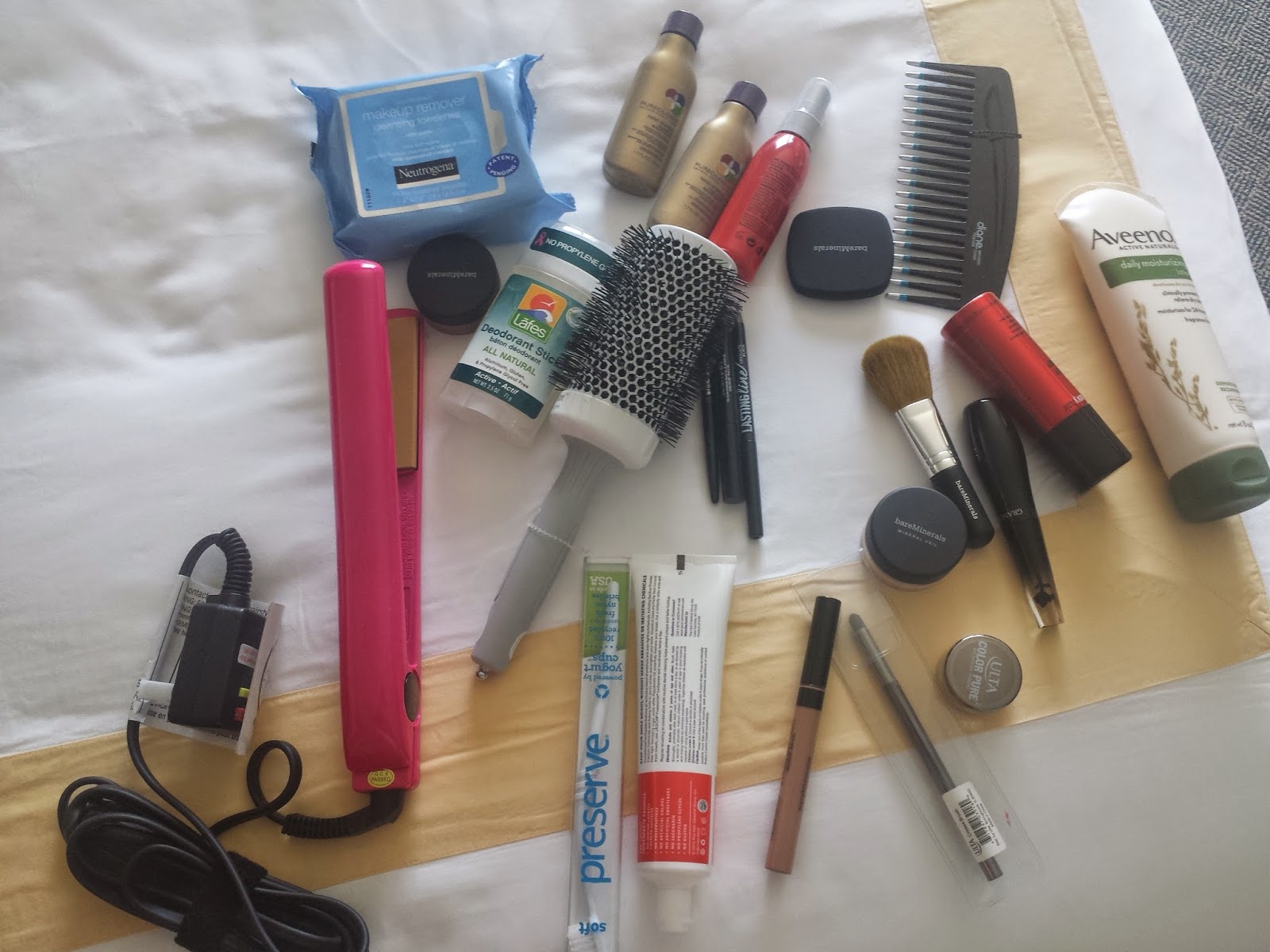 So with about 45 minutes to spare showered and ready for happy hour!
~ 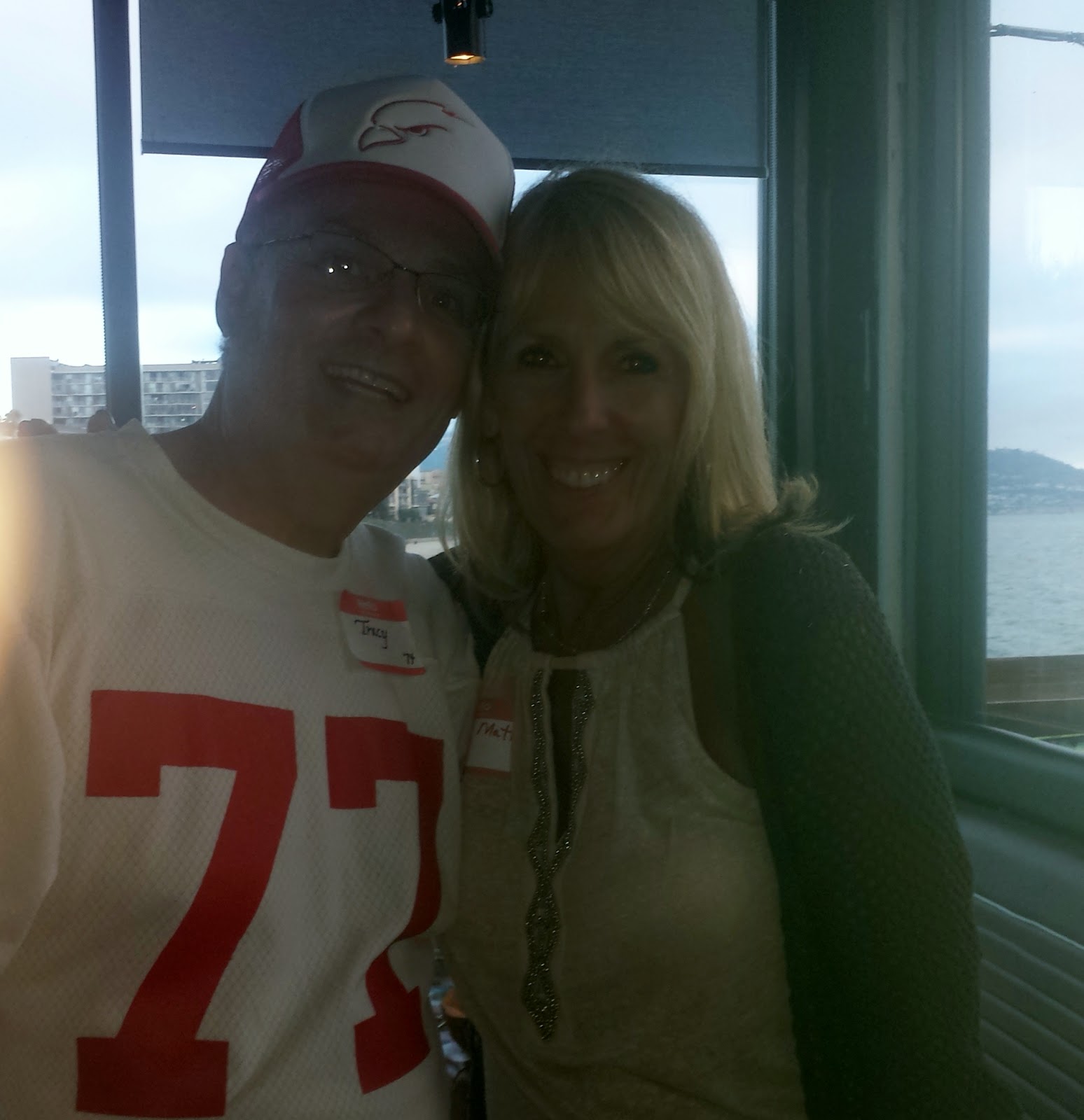 The above gentleman is Bob Fino and I always most look forward to seeing him. He was just the nicest guy in High School and he had the ability to always make me laugh. I'm always so comfortable in his presence, it just feels so familiar :-) I think he likely married one of the sweetest gals from our class.  Esther and Bob are my favorite R.U.H.S. couple and continue to look like that young couple from back then..happy!

Laurie Birmingham center, you are an amazing woman and so many of us thrilled you made the trip to be with us all when it may have been easier on you to not! Carry on Warrior!!
My bud Tracy (Maynard) and I ended the evening picking up Kathy at the airport. Without Tracy so much with our class would never take place, she put in so much hard work.  She was my bud all four years and she will always have a special place in my heart.
Below is (left to right) Tracy, Kathy and myself.
Just love these two.... 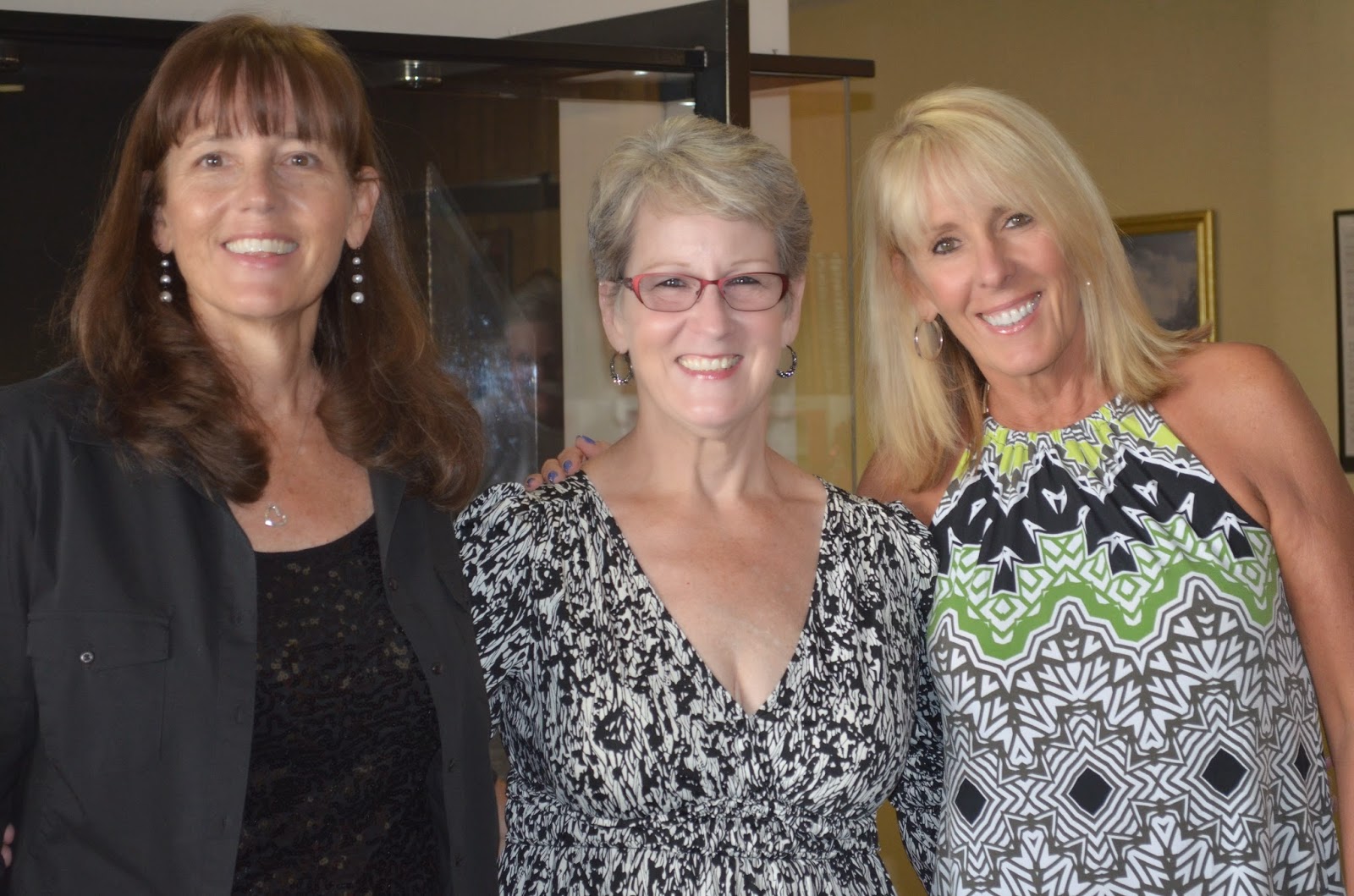 Saturday was our big event! We included the class of 73 to join our class and I'm so glad we did. 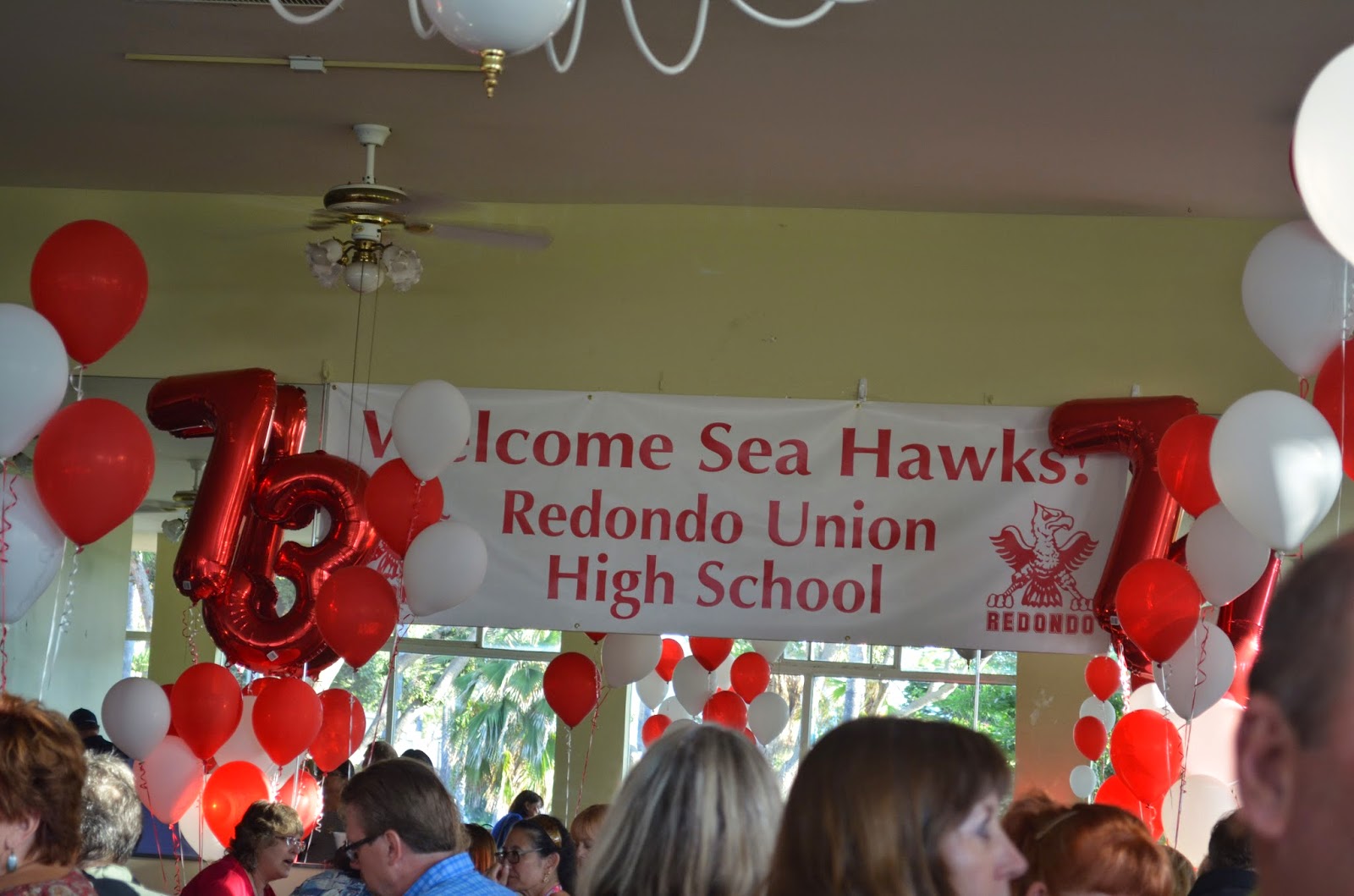 So here's the deal....turns out many felt as I did on this special night, unsure they would know/remember classmates. That was comforting for this old sea hawk to hear.
So it turns out as the last definition states,
this reunion was just that: