On What is Hidden ~

Read this quote slowly, read it again....
~
Keep clear of concealment,
keep clear of the need of concealment.
It is an awful hour when the first necessity of hiding something comes.
The whole life is different thenceforth.
When there are questions to be feared and eyes to be avoided
and subjects which must not be touched,
the bloom of life is gone.
Phillips Brooks 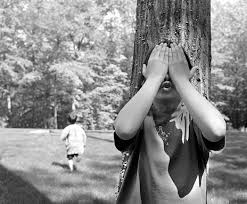 I found the above to be such a powerful, strong quote.
It made my heart a bit heavy as I have known and know people who have
concealed parts of their lives, attempted to keep so much of it hidden.
(Concealment and privacy are not the same)
I have also seen what it has done to them.
Eventually they do avoid....
avoid the questions
avoid the eyes
avoid conversation...
I've seen the bloom of life leave them.

I know of what I write,
I lived a portion of my life with things hidden,
at which time
there was certainly no "bloom" in my life!

A little lie is like a little pregnancy, it doesn't take long before everyone knows.
C. S. Lewis

I've written about lies in prior blogs...
It's my pet peeve.
If something is hidden it often requires a lie(s).
Once a lie is spoken it generally requires another lie,
which requires another....you get the point.
Soon there are so many lies one can't keep them straight.
Which then leads to having to avoid those you have lied to.
Why, because one can only keep so many lies straight.


Let your words be the genuine picture of your heart.
John Wesley

I think lies and things hidden are from, empty hurting hearts.
I believe both stem from insecurity and or shame.
Insecure about their own goodness, a need to feel important,
to have a sense of being valued.

The saddest thing is this,
those who are fabricating facts are fooling few.
My heart becomes heavy because I see in them
what they can't see in themselves.
I see good hearts, a willingness to help others,
the fun personalities,
much to offer of themselves.
I see value in them, just as they are.
I want to scream,
You will be liked
You will be loved
Just as you are!
It's enough to be you .

There is so much freedom with truth.
Freedom and a sense of peaceful calm
that comes when those
parts of life are no longer hidden.
The realization that those hidden things
should have been released long ago.
Carried  by you way to long......
The release your body feels when you finally set down the load.
Peace.
No need to carry it any longer, ever again.
Freedom
Once freedom and peace are sensed, you won't pick up that load again.
It's the luggage you can do with out.
It's choosing freedom and peace over the luggage.
There is no better feeling than that first realization
you're free, you have peace at last....

Some hide the fact that they are believers in Christ for various reasons.
Christains are to be lights unto the world.
The study notes in my Bible say it well.

"Such a Christian is like a brand new light that never leaves the carton it came in.
If a lamp doesn't help people see, it isn't worth much."
New International Version

So, whatever is hidden, good or bad is not a good thing.
It will be brought out into the open....

If what your hiding isn't a good thing,
I hope you put it down.
Put it down and walk away bathed in freedom and peace. 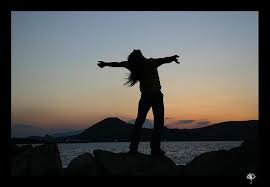 Wishing you peace and freedom if your load is heavy.
~
I'm hoping the others will
take that light out of the carton.

Nothing concealed,
it's what echos from my heart today..
Posted by debi at 3:01 PM